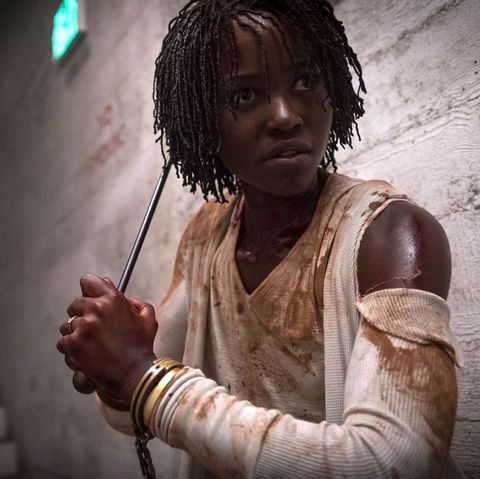 Like many others this weekend, team ELLE.com saw Jordan Peele’s brand new horror movie, Us. (It brought in a huge $70 million at the box office in the U.S. alone.) Starring Lupita Nyong’o, Winston Duke, Shahadi Wright Joseph, and Evan Alex in unforgettable dual roles—a regular family on vacation, and their terrifying doppelgangers—it was full of frights.

But, with a twisty ending that makes you question the whole story all over again, and bucketloads of clues planted throughout, Us was also full of mysteries. We had a lot of questions after seeing the movie. Here are all 38 of them. —Estelle Tang, Nikki Ogunnaike, Angel Lenise, and Rose Minutaglio