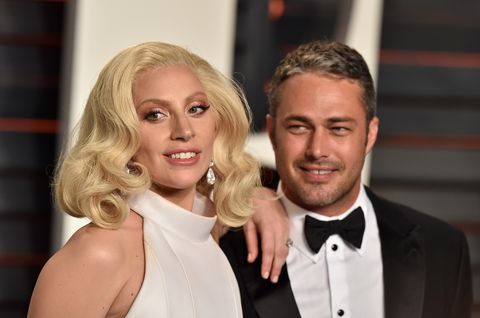 It’s been a couple days since Lady Gaga and Bradley Cooper’s viral, intimate Oscars duet, and some tabloids are reporting there’s social-media drama over it. One new story seems salacious, while the second—about Lady Gaga’s ex-fiancé liking a mean comment about her—truly is real.

The Sun reported today that Bradley Cooper’s girlfriend Irina Shayk unfollowed Lady Gaga on social media days after the performance, amid rumors she and Cooper were romantically involved. But it’s not at all clear that Shayk ever followed Gaga to begin with. Both Gaga and Shayk don’t follow each other on Instagram or Twitter. And the idea of Shayk unfollowing Gaga because of the duet is inconsistent with all other reporting about Shayk’s response to it.

During the Oscars, Shayk was the first to stand up and give the two an ovation for their performance. She was also photographed hugging Lady Gaga during the ceremony. Additionally, Us Weekly reported yesterday that Shayk truly isn’t bothered by all the talk of Gaga and Cooper’s chemistry.

“Irina knows that Bradley and Gaga are artists,” a source told the outlet. “It’s a nonissue for her. They were in character putting on an Oscar performance.”

But what absolutely is true is the story The Daily Mail just ran about Taylor Kinney liking a particularly cruel comment about Lady Gaga on his Instagram. Kinney and Gaga, by the way, were engaged before they broke up in July 2016. Kinney liked a comment a user posted on his Instagram that said, “Stoked you got away from Gaga #Hollyweird.”

When she initially announced her breakup with Kinney, Gaga called it a break. “Taylor and I have always believed we are soulmates,” she wrote. “Just like all couples we have ups and downs, and we have been taking a break. We are both ambitious artists, hoping to work through long-distance and complicated schedules to continue the simple love we have always shared. Please root us on. We’re just like everybody else and we really love each other.”

Gaga later talked in her documentary Five Foot Two about how her relationships generally tended to end during her best career moments.

“My love life has just imploded,” Gaga said. “I sold 10 million [records] and lost Matt. I sold 30 million and lost Luke. I did a movie and lose Taylor. It’s like a turnover. This is the third time I’ve had my heart broken like this.” Gaga started dating Christian Carino after her breakup with Kinney. Carino and Gaga got engaged but ultimately broke up too shortly before Gaga won her first Oscar. It was not a dramatic breakup, People reported. “It just didn’t work out,” a source told the outlet. “Relationships sometimes end. There’s no long dramatic story.”